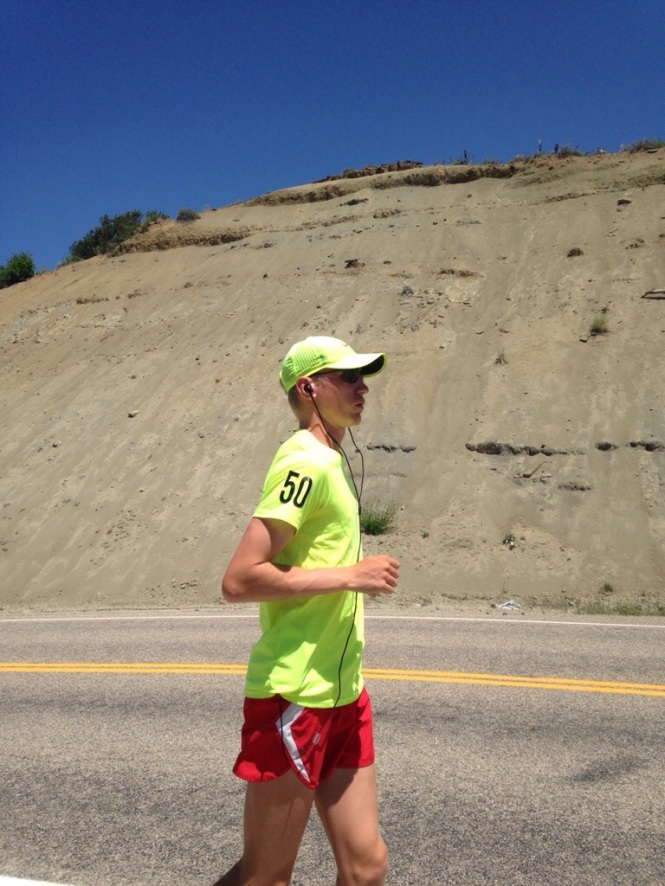 I felt alright today. Not great but not terrible either. It was one of those days that went by pretty quick and none of the runs were very noteworthy.

I left from our campground in the morning and ran through the town of Bayfield and into the San Juan National Forrest. I felt pretty good on that first run.

We decided to try to do four runs of 6.5 miles, and then end the day with a 4 miler. It worked pretty well, as I didn’t really mind doing an extra half mile each run.

About halfway through the day we met up with Tom Owens, a friend of my dad’s who lives in Pagosa Springs. He hung out for my last couple of runs and then let us stay at his place and took us out for dinner. It was great to run into another familiar face out here, and we had a great time. We plan on staying with him again tomorrow night as well.

Today I wore the number 50 on my sleeve in honor of Howie “The Hammer” Oakden, who has passed away after a long battle with cancer. Howie was a speedway motorcycle racer who my dad competed with in the early 80s and was known as one of the nicest guys in the sport. He will be missed by many.

It’s times like these that remind me why I’m doing this run. One in two men and one in three women will have cancer in their lifetime. But I’m hopeful that we can eventually beat this awful disease one day and put an end to all of this suffering.